We watch Kiefer Sutherland in Mirrors. We mean the movie-- we didn't break into his bathroom or anything. Meanwhile, Elliott pitches a crypt keeper movie, Dan inadvertently casts Dean Martin in his greatest role ever, and Stuart has a little problem comprehending the film's ending.

Wikipedia synopsis of Mirrors
Posted by Dan McCoy at 4:50 PM No comments: 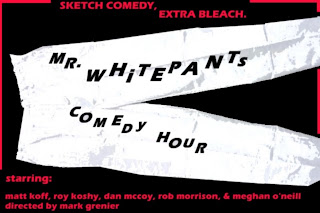 Come eat free cupcakes and hear me read. And check out this short write-up here.
Posted by Dan McCoy at 12:59 PM No comments: 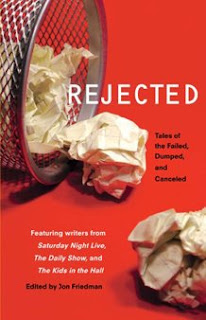 
Featuring pieces that were, for whatever reason, left out, declined, removed, and rejected from the recently released, critically acclaimed book, Rejected: Tales of the Failed, Dumped, and Canceled. --For established fans and/or new fans of the book, the show will also feature readings/performances from some of the book’s actual contributors.

AND live music from Erin & Her Cello!
http://www.myspace.com/erinandhercello

'Rejected from Rejected' is a uniquely fun, entertaining, funny, and insightful night filled with rejects of rejection and accepted rejection from rejects in the book REJECTED (or something like that).

Since people seem to enjoy the outtakes, here's an extended peek behind the Flop House curtain and last week's episode, with even more talk of Demon Knight and other topics.

Paste theflophouse.libsyn.com/rss into iTunes (or your favorite podcatching software) to have new episodes of The Flop House delivered to you directly, as they're released.
Posted by Dan McCoy at 10:49 AM No comments:

Due to outside circumstances, we had no time to post show notes (or, for that matter, edit the show beyond adding the theme/ introduction/ outtakes) this week. But enjoy the episode.

Paste theflophouse.libsyn.com/rss into iTunes (or your favorite podcatching software) to have new episodes of The Flop House delivered to you directly, as they're released.
Posted by Dan McCoy at 10:18 PM No comments:

The Watchmen Pornographic Parody No One Wants to See

In honor of Watchmen's release, I re-post this, the crudest and dumbest PhotoShop gag I've ever done: 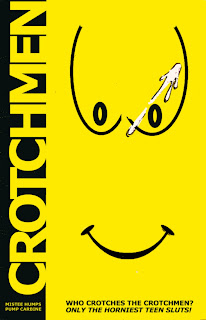 The Flop House Movie Minute #21 - Who Watches the Watchmen's Penises?

Turns out it's Whoopi Goldberg.

Paste theflophouse.libsyn.com/rss into iTunes (or your favorite podcatching software) to have new episodes of The Flop House delivered to you directly, as they're released.
Posted by Dan McCoy at 1:30 PM No comments:

9 AM Meeting: Episode One - Apple Picking

Check out this video I did. It's the first in a series (provided that boredom and laziness don't prevent me from putting out more).

Production/ editing/ illustration/ music by me. Writing and voice work by me and Matt Koff.
Posted by Dan McCoy at 10:21 PM 1 comment:

WARNING AND APOLOGY: Our Floptacular episodes must be cursed. Last year's Academy Awards show featured a nearly inaudible Elliott, and this time around Stuart's mic appears to have gone dead -- and we somehow managed to overlook this until editing time. We've done our best to "fix it in post," but it's still highly noticeable. Luckily, Stu's a rather laconic fellow anyway. We've made a real effort to increase our sound quality over the last 20 shows, so we're embarrassed that this one had issues. Please bear with us, and we'll do our best to keep this from happening again.

We discuss the Academy Awards, one of only eighteen nights of the year when Hollywood takes some time out of its busy schedule to honor itself. Meanwhile, Elliott takes us on a tour of old-time character actor impressions, Dan covers the Flop House red carpet, and Stuart is nearly inaudible.

We promised links to the websites of listeners Chuck and Jen Lastnamewithheld, and here they are.

Here's the gay cowboy montage that Elliott co-produced for the 2005 Oscars: