By Me, Second Officer Guido Tomas!

Christmas specials under the microscope. 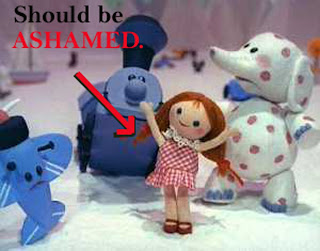 The music you hear in this episode is Hark the Herald Angels sing, as performed by Doug Hammer on the album Noel, courtesy of Feels Like Christmas, which provides free Christmas music for personal and nonprofit use.
Posted by Dan McCoy at 8:28 PM No comments:

How can a movie centered around a lisping, fright-wigged Dustin Hoffman possibly go wrong? Anything's possible in Mr. Magorium's Wonder Emporium! Meanwhile, Dan busts out another one of his 101 voices, Stuart uncovers the lost, obscene Mark Knopfler album, and Elliott reveals the rampant incompetence of medical droids.

**CORRECTION: As perhaps the whitest man alive, Elliott can be forgiven for not knowing that In Living Color aired on Fox, and not on MTV, as he stated in this episode.

Paste theflophouse.libsyn.com/rss into iTunes (or your favorite podcatching software) to have new episodes of The Flop House delivered to you directly, as they're released.
Posted by Dan McCoy at 12:15 PM No comments:

Once You Go Bat

Hey, my friend Frank Lesser directed and co-wrote (with one of his Colbert Report writer brethren, Mike Brumm) this comedic short. It stars Ben Rodgers and the lovely Sue Galloway who I was privileged to do a few shows with, back in the day (nowadays you might recognize her as the "girl writer" in the background of all the 30 Rock writers' room scenes).

Frank let me see the rough cut of this ahead of time, and it was fun seeing it come together from the earlier versions to this final one. Anyway, enjoy:

Is it Just Me?

Or is Donald Trump about to finger that steak? 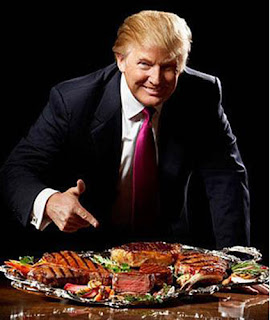 "Yeah, you like that, Steak? You like that? Yeah you do. When Trump finger-bangs a steak, it gets fingered reeeeal classy."
Posted by Dan McCoy at 1:01 PM 1 comment: