9 AM Meeting at Channel 101 TONIGHT

"At Channel 101, the destiny of TV entertainment is in your hands! During this monthly screening, new five-minute shows from the best young writers and directors in NYC battle it out for the right to be turned into a series. The top five shows become the new "prime time" lineup for the following month; losing shows are banished forever."

Come vote for us in our 9th month! See co-9AMer Matt Koff host! Drink copiously from their bar!

Is it possible John Travolta and director Walt Becker could top Wild Hogs? Well, when it comes to Old Dogs, it depends on what you mean by "top." Meanwhile, Stuart reveals some exciting personal news, Dan explains how this movie is the modern "Kangaroo Jack," and Elliott previews his new one-man show at (great) length.

Take a look at a preview of Age of Heroes #4, the MARVEL COMIC FEATURING A STORY WRITTEN BY THE FLOP HOUSE'S OWN ELLIOTT KALAN. Then go buy a copy of the full comic this Tuesday, ya cheapskate!

Check out the music of Lydia Burrell (AKA Alex Smith). He's a friend of Flopper Stuart, and his album was produced by My Morning Jacket frontman Yim Yames. So, you know. Hipster cred.

Dan's webseries 9 AM Meeting is an Official Selection of the New York Television and Video Festival. Check out a screening! Tickets are free, but reservations are required (box office opens September 1).
Posted by Dan McCoy at 12:05 PM No comments:

9 AM Meeting at the New York TV Festival! 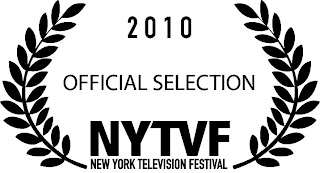 My webseries 9 AM Meeting is an Official Selection of the 2010 New York Television Festival. It will screen in competition against 41 other independently produced TV pilots this September (Festival dates: Sept 20-25, specific screenings TBA). Fellow 9AMer Matt Koff and I will be there... WILL YOU?

The third issue of NYC's best printed-on-actual-paper humor magazine (dubbed "the choleric issue") is about to drop, and -- as always -- it features a contribution from yours truly. Start doing your core-strengthening laughing exercises now. 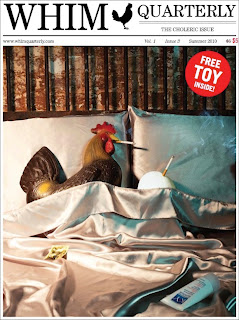