The Countdown to Captains in Space Continues...

The gallery at the Captains in Space website has been updated. And by "updated," I mean that there are now actually pictures there. We're still aiming to have the first episode out in early March, but until then, enjoy these exclusive, behind-the-scenes shots! And you didn't even have to buy the DVD for this stuff. Dear god, we're good to you people. 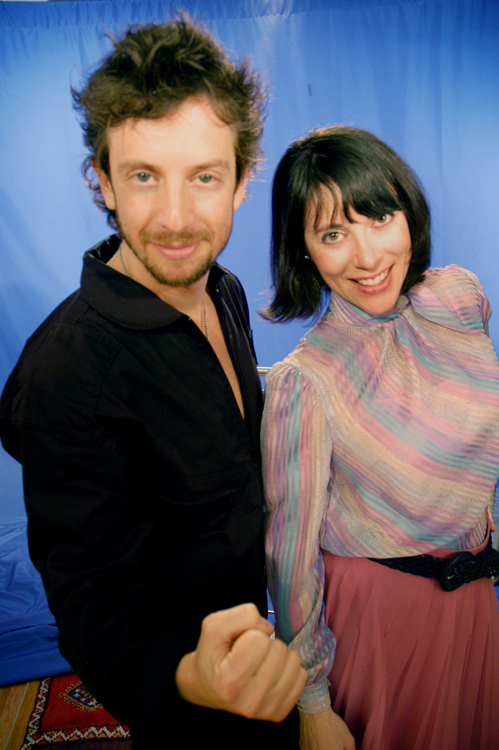 There are a ton of great photos over there, but I'm leaving you with this one, because it's from Future Shock, the one out of this first cycle of episodes that I wrote. Hey, it's my blog after all.
Posted by Dan McCoy at 10:46 AM 1 comment:

My fondness for Ms. Mundae is based on her looking like an actual, honest to god human, rather than some sort of surgical experiment. Additionally, she can actually act, as witnessed by her appearance in the recent Showtime's Masters of Horror episode "Sick Girl," directed by Lucky McKee. So I tossed her into the fake article, as a quiet little shout-out.

Months later, the completely delightful Paige Kay Davis, V.P. of Publicity at ei, contacted me to get her hands on the piece (apparently they keep all the press clippings that mention their movies/ stars). I sent her one of the now-out-of-print and sure to be a collectors' item issues (have YOU collected them all?), and, in return, she was kind enough to mail me a few DVDs. So I am now the proud owner of Bite Me, Screaming Dead, and Spiderbabe. See what comedy writing can get you, kids? It's a gold mine, I tells ya!

I am the darling of the exploitation film world.

In other news, I'm moving to another neighborhood in Brooklyn at the end of this month. Please give me all your cardboard boxes.
Posted by Dan McCoy at 2:55 PM No comments:

Just want to give a brief shout-out to friend and former manager of the gone-but-not-forgotten Juvie Hall, Erik Marcisak, who stars in a film that just made it into the Austin Film Festival. Good work, man.
Posted by Dan McCoy at 11:45 AM No comments:

Captains in Space Update and a Deranged Andy Rooneyesque Harangue

The Captains in Space website has been updated with a little more production information, and a great still of the cast (by the way, our thanks to The Apiary for making note of us last week). Check it out. The shoot was fun, despite the record-breaking snowfall, and Fed's already put together a nearly complete title sequence that looks mighty impressive, despite our budget of a dime, a thumbtack, and three dried pinto beans. This weekend I'll be recording some voice-over, announcer-y stuff, so you can look forward to my melifluous voice when the first episode hits in early March. It's all coming together, people. Start printing up those bootleg t-shirts.

Also, as it's Friday, may I remind NYC readers to pick up a copy of Metro for my friend Elliot Kalan's weekly column. It will brighten your otherwise miserable commute-- perhaps the only laughs you'll have on the subway that aren't nervous ones, as you try to avoid eye contact with the greasy guy fumbling around in his pants. I've also discovered that you can read it online here. So many ways to waste time at work...

But please, if you're reading the paper version, don't let your eyes drift down and to the right, or you might accidentally read The Metro Cartoon: It's All About You, (what a godawful, ungainly title). Is The Metro Cartoon: It's All About You the least funny comic strip in the world? (Comic strip. Comic strip, people! Multi-panel comics are strips. Cartoons are single panel, or they star Bugs Bunny. And, yeah, I realize this is a geeky thing to get annoyed about.) The answer is: not quite. But that's only because B.C.'s Johnny Hart became a born-again Christian.

Speaking of which: I'm sure thousands of people have made this observation before, but how is it that all these cavemen are Christians? It's right there in the title! B.C. Before Christ! It's like a comic about a bunch of Elizabethans standing around discussing how much they love George Washington...unless this is some sort of sci/ fi, alternate universe, where there was a Caveman Christ.

Caveman Christ. Now there's a comic I could get behind. Get on it, Metro!
Posted by Dan McCoy at 10:31 AM No comments:

Thanks to comedy superfan Rachel Kramer Bussel's sharp eyes*, I was alerted to this story. Some Associated Press reporters were at the performance of The Rejection Show I mentioned previously, the one that featured a short film by my old fake boss Sara Schaefer (in which I had an approximately 20-second cameo), and wrote up a piece about it.

It's a nice article, and it even comes with a little video you can check out. 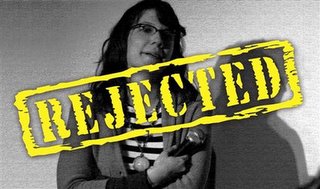 *which you can witness, bespectacled, in the aforementioned video.
Posted by Dan McCoy at 3:28 PM No comments:

For those of you who like to plan your calendar three weeks in advance, take note: I will be performing in Andres Du Bouchet & Co.'s fantastic variety show Giant Tuesday Night of Amazing Inventions and Also There is a Game on March the 7th, at 8:00 PM. I will be acting in a bit that I wrote, essaying the character of "Sarcastic Strawberry Vendor." Make of that what you will.

If you've never seen the show before, just know that it's one of the best and funniest comedy shows in the city, an opinion I held long before I got the chance to contribute anything to it.

The show is every Tuesday at Rififi/Cinema Classics 332 E. 11th St. (between 1st & 2nd Aves.)There is one drink minimum, but with $3 MGD on tap, I think you can swing it.

Another one of my TV spec scripts has (sort of) won an award.

My Simpsons spec, "Jesus Christ Superstation," was a semi-finalist in Scriptapalooza's TV writing competition, one of the largest of its kind. (This year they received a total of 806 scripts - 241 pilots, 230 1 hour episodics and 335 sitcoms.)

This is my second spec, and the second to (sort of) win an award. (The continuing parenthetical interjections seek to acknowledge that the question of whether or not being a finalist constitutes winning anything is debatable.) Two out of two ain't bad.

Now can someone hire me? Or at least get me a damn agent?
Posted by Dan McCoy at 1:03 PM 4 comments:

...that the always lovely Sara Schaefer will be screening a five-minute comedy short, with a cameo appearance by the always-lovely me, at tonight's Rejection Show.

So, the website for Captains is up and running. There's currently not that much content there, since we haven't actually shot any of the episodes yet, but it's still pretty neat. Go to http://www.captainsinspace.com/ to check it out. You can read a little about the concept and get bios of the people involved, and the front page is a blog where (I'm just assuming, since Fed is the webmaster) production news will be updated as we progress.

One of the more exciting pieces of news is that Andrea Rosen will be appearing in Future Shock, one of the episodes I wrote. You may have seen her in a reoccuring role in the very funny Stella on Comedy Central, a show I hope will return for a second season, although perhaps it's been shunted off to make room for more episodes of "Distraction" or 12 hours of Mad TV reruns. You know... for kids.

Anyway, to sum up, here are the things that you'll be able to find on the Captains website as of now:

-A spiffy logo
-A series synopsis
-Gratuitous use of the word "space"
-An email address for you to spam
-A reference to a "sexy onboard computer"
-Bios of the cast, crew, and writers
-Including a bio of Devon T. Coleman which is funnier than the boilerplate bio I contributed. What's that guy's problem, anyway?
-A photo of me holding a martini and a cat

Things you won't be able to find on the Captains website:

But they're coming, friends! (Uh... the episodes, not the nude photos.) We hope by early March. Keep checking in.
Posted by Dan McCoy at 10:13 AM 1 comment: 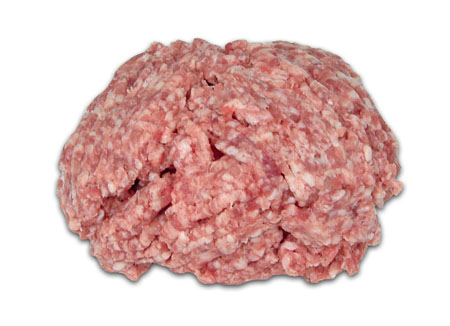