My piece "On the Economies of Magical Lands" is up on the Whim Quarterly website as a free preview of what one might find within the covers of issue number two.

By all means, enjoy it, but don't let it keep you from buying a copy--especially since it's not the only piece I wrote for this issue. That's always the way it works. Give 'em a taste, but then MAKE 'EM PAY FOR MORE.
Posted by Dan McCoy at 1:43 PM 1 comment:

Elliott and Dan are joined by Eric Zuckerman, an actor who's appeared in many films--including one starring patron saint of flop Gerard Butler--to discuss the slasher film Sorority Row. Meanwhile, in a star-studded podcast, Eric completely fails to give us inside information about Carrie Fisher, Dan is pimped into busting out his Michael Caine impression, and Elliott will not shut up about Anne Hatheway.

Wikipedia synopsis of Sorority Row
Posted by Dan McCoy at 5:58 PM No comments:

Whim Quarterly is a print humor magazine. Drink in that unlikely sentence. Re-read it. Let it invade your skull. In 2010, a lonely magazine dares to keep the flame of prose humor burning. Don't you want to help support that worthy endeavor? Especially since I write for this particular publication? Don't you love me anymore?

The second issue is available for pre-order now. It's lighter and more bendy than a Kindle. Why not order one and remind yourself just how magical a paper cut can be? 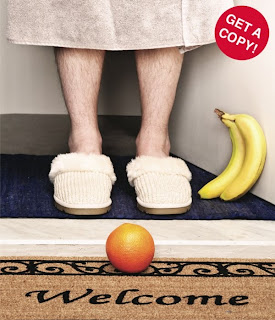 In the words of the publishers -- "Whim Quarterly is a magazine printed on actual, flammable paper. Its contributors are mainly underemployed writers, though some have chiseled their way into positions at The Daily Show with Jon Stewart, Late Show with David Letterman, Late Night with Jimmy Fallon and other humor institutions. Taken as a single entity, Whim contributors would have 36 eyes, three Emmy Awards and a soul-crushing amount of personal debt. Treat yourself. Order a copy!"
Posted by Dan McCoy at 1:11 PM 1 comment:

Those E-Mail Forwards? I've Become One

Hey, my article is climbing the charts over at Slate.com-- 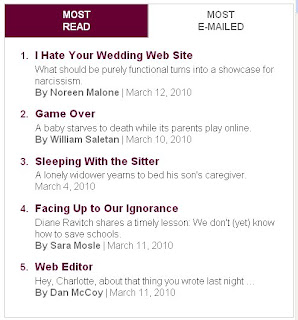 I wrote a humor essay for Slate that was published today. Give it a read, why don't you? And if you like it, pass it on. You will be rewarded in some vague way that you can't prove wasn't linked to your favor to me. That's the beauty of karma.
Posted by Dan McCoy at 11:45 AM No comments:

Wikipedia synopsis of Whiteout
Posted by Dan McCoy at 5:27 PM No comments:

I Live Blog the Oscars for the Writer's Guild at FireDogLake

I have been asked by the Writer's Guild to join a group of far more distinguished writers than myself in live blogging the Academy Awards this Sunday evening. You can follow it on the "La Figa" blog on the FireDogLake site.

So if you have no Oscar party to attend, but still want to feel like you're watching the show with friends--then have I got the Internet-based event for you. I quote the press release:

Emmy winners and nominees are at your service!

Past and present writers from Letterman, Politically Incorrect, Best Week Ever, The Chris Rock Show, and other comedy and even news shows are liveblogging the Oscars at top progressive blog FireDogLake.com. TV's funniest and/or smartest programming is written by Writers Guild members so you know this will be an irreverent but industry smart take on the Oscars.

Fred Graver, Emmy Winner and founder of iLarious, Creator of VH1's Best Week Ever, former Letterman, In Living Color & pretty much everything else you've ever seen.

Bonnie Datt, The Confirmed Bachelors and fashion blogger for Racked.com.

Dan McNamara, The Bear, The Cloud and God seen on Comedy Central and Atom.com and "Amazing The Lion" on the Independent Comedy Network

and WGAE Executive Director Lowell Peterson (who's much funnier than a union leader needs to be).

The Writers Guild of America, East is doing this because 1. it's going to be entertaining and 2. to bring attention to the fact that the best writing for TV, film, radio and webseries is done by UNION members.

Join us starting at 6pm est. We’ll be covering the Oscars from the Red Carpet to the credits.

Paste theflophouse.libsyn.com/rss into iTunes (or your favorite podcatching software) to have new episodes of The Flop House delivered to you directly, as they're released.
Posted by Dan McCoy at 7:41 AM No comments: